The H2Future project will take part in the extended programme of the EU Sustainable Energy Week (EUSEW) from 11 to 22 October.

You find more infomation and the register link here.

The H2FUTURE electrolyzer has been running since November 2019 and has now produced over 500 tonnes of green hydrogen during the test scenarios and in quasi-commercial operation.

The H2FUTURE project still runs until the end of 2021 and the whole project team is very curious to find out how much green hydrogen will be produced by the end of the year. 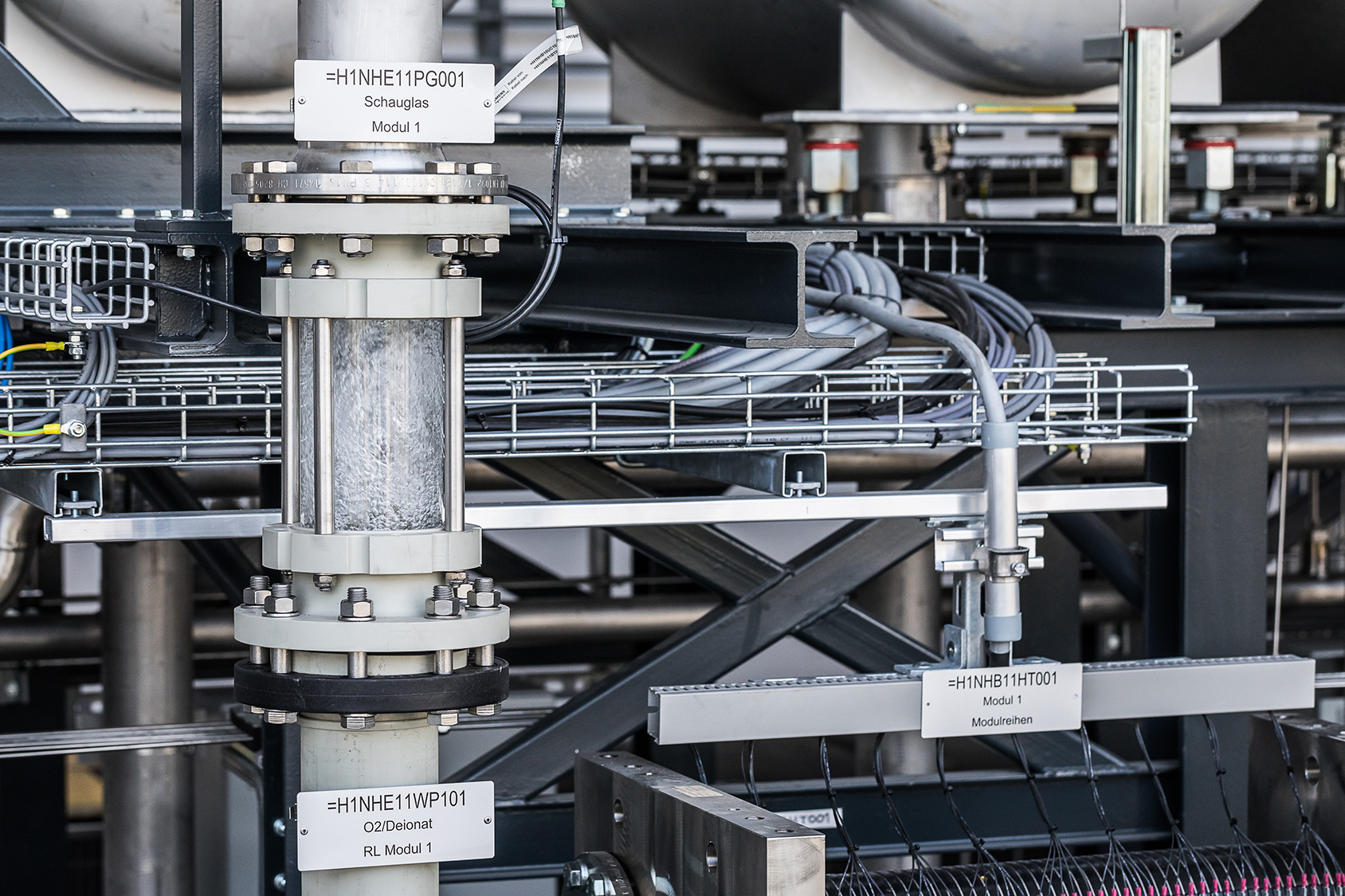 On 30 March, Federal Minister Gewessler visited voestalpine in Linz. During the visit she was able to see the H2Future plant and gain an impression of the research facility.

More than 170 participants from industry, authorities, research institutions and project partners used the opportunity to get current information on outcomes of the project and background information of regulatory issues.

A recording of the workshop and the slides are available at
https://www.ceer.eu/web/portal/green_hydrogen_for_industry_-_regulatory_workshop 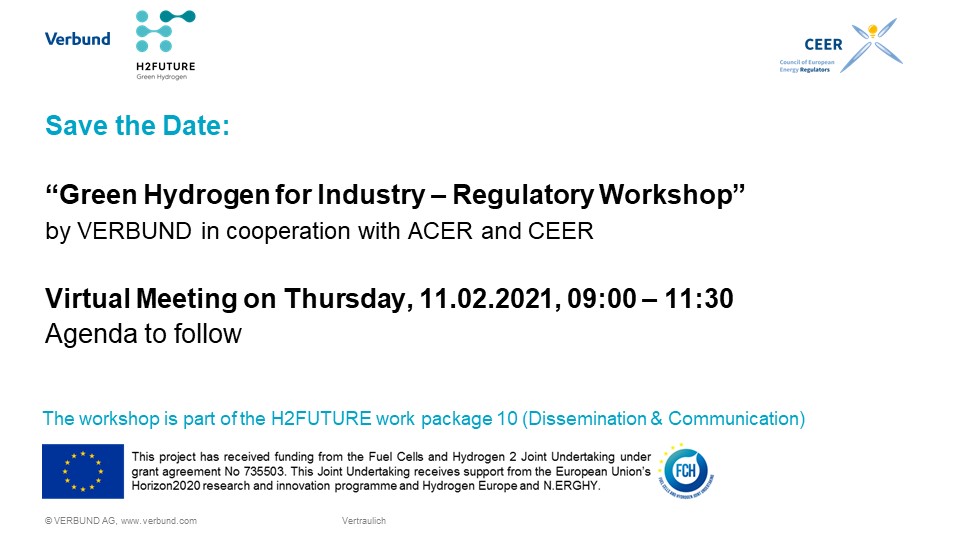 Start of operation of the PEM electrolyser

Linz, 21st March 2019: The H2FUTURE project Advisory Board visited, as part of the 2nd Advisory Board meeting hosted by voestalpine, the construction site in Linz. Topics discussed were the status of the H2FUTURE project, examples of integrated energy system projects, as well as the integrated energy approach from European and Austrian perspective. Project partner TNO presented first results on scale-up and roll-out scenarios of green hydrogen in steel and fertilizer industries. 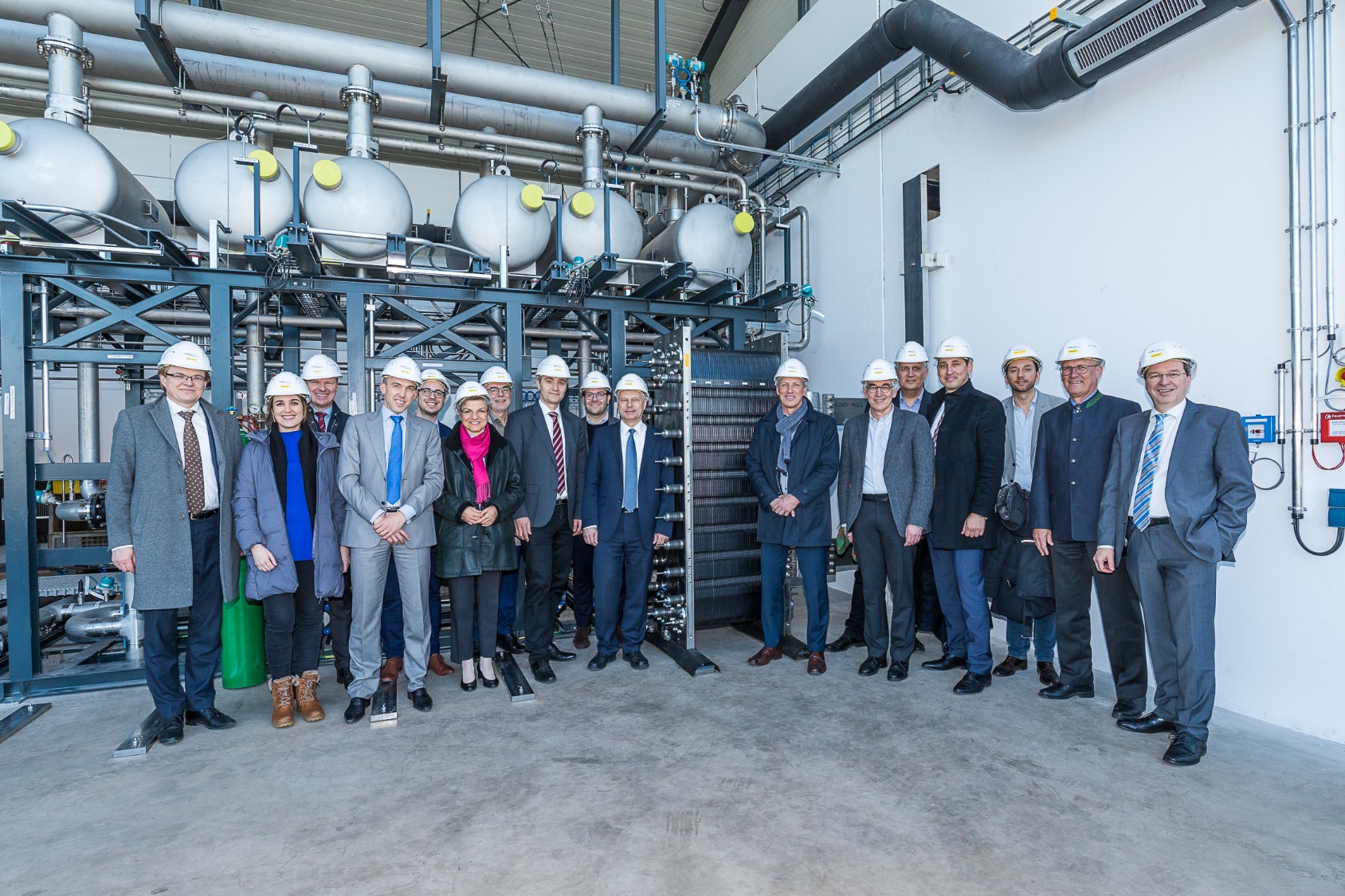 The mission of the H2FUTURE Advisory Board is to provide the Governing Bodies of H2FUTURE with broad-based advice and guidance to reduce project risks and to leverage future activities on the utilization of green hydrogen.

Brussels, 15th November 2018: We are proud to announce, that H2FUTURE was amongst the winning projects for the FCH JU "success story" award 2018. 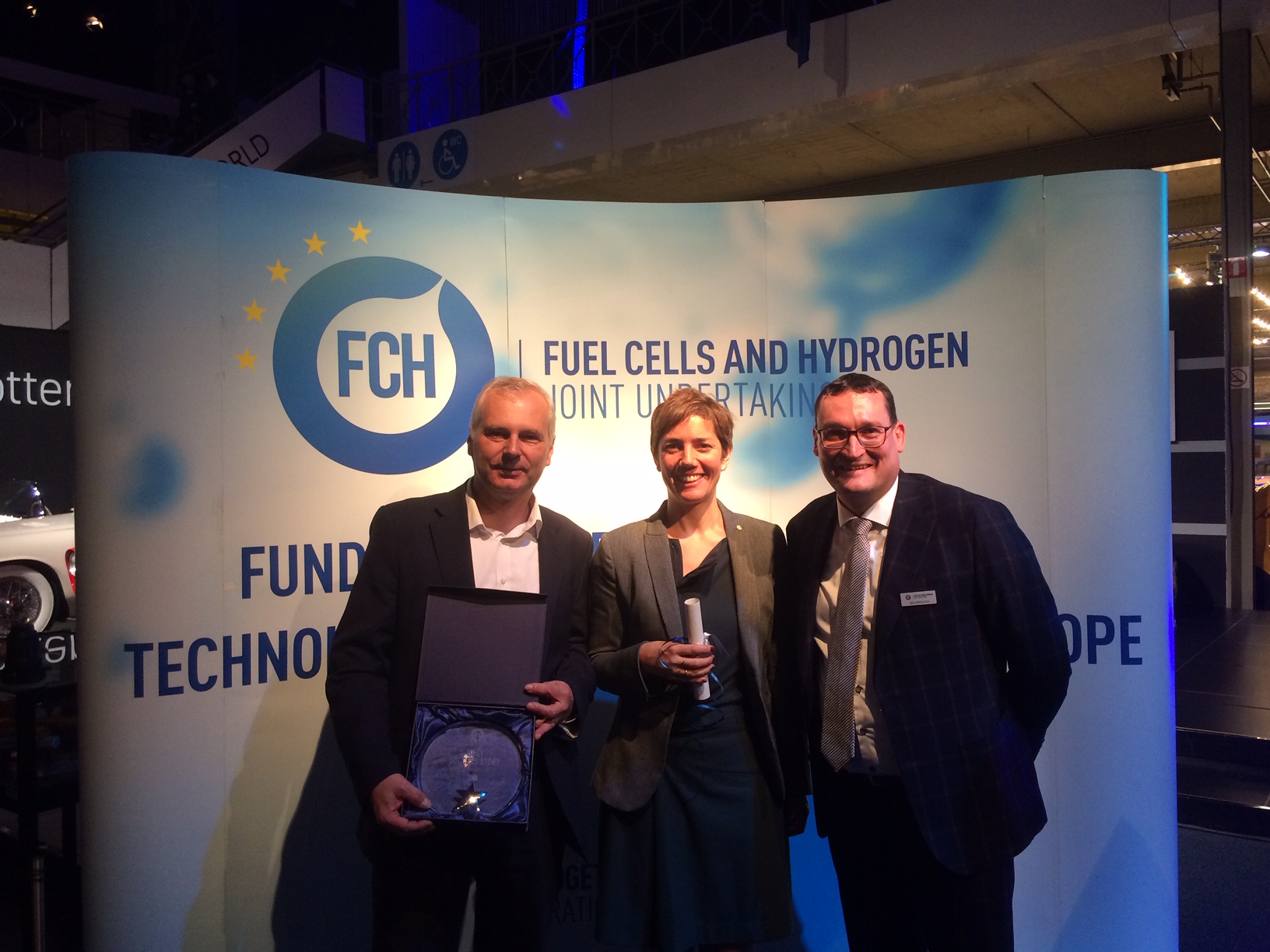 November 2018: We are proud to announce that our H2FUTURE project is part of the recently published FCH JU brochure "FCH JU success stories". The brochure can be downloaded here: https://www.fch.europa.eu/sites/default/files/FCHJU-successstories-brochure-WEB-fin.pdf

H2FUTURE at the High Level Energy Conference in Linz

On 17th Sept 2018, around 200 participants from all over Europe gathered for the High-Level Energy Conference: “Charge for Change: Innovative Technologies for Energy-Intensive Industries”. This event was organised as part of the Austrian Presidency of the Council ofthe European Union, one day before the Informal Meeting of the Energy Ministers.

As part of the High-Level Energy Conference, H2FUTURE was presented to the audience, including a site visit to the voestalpine steel production site, where the PEM electrolyser will be deployed. 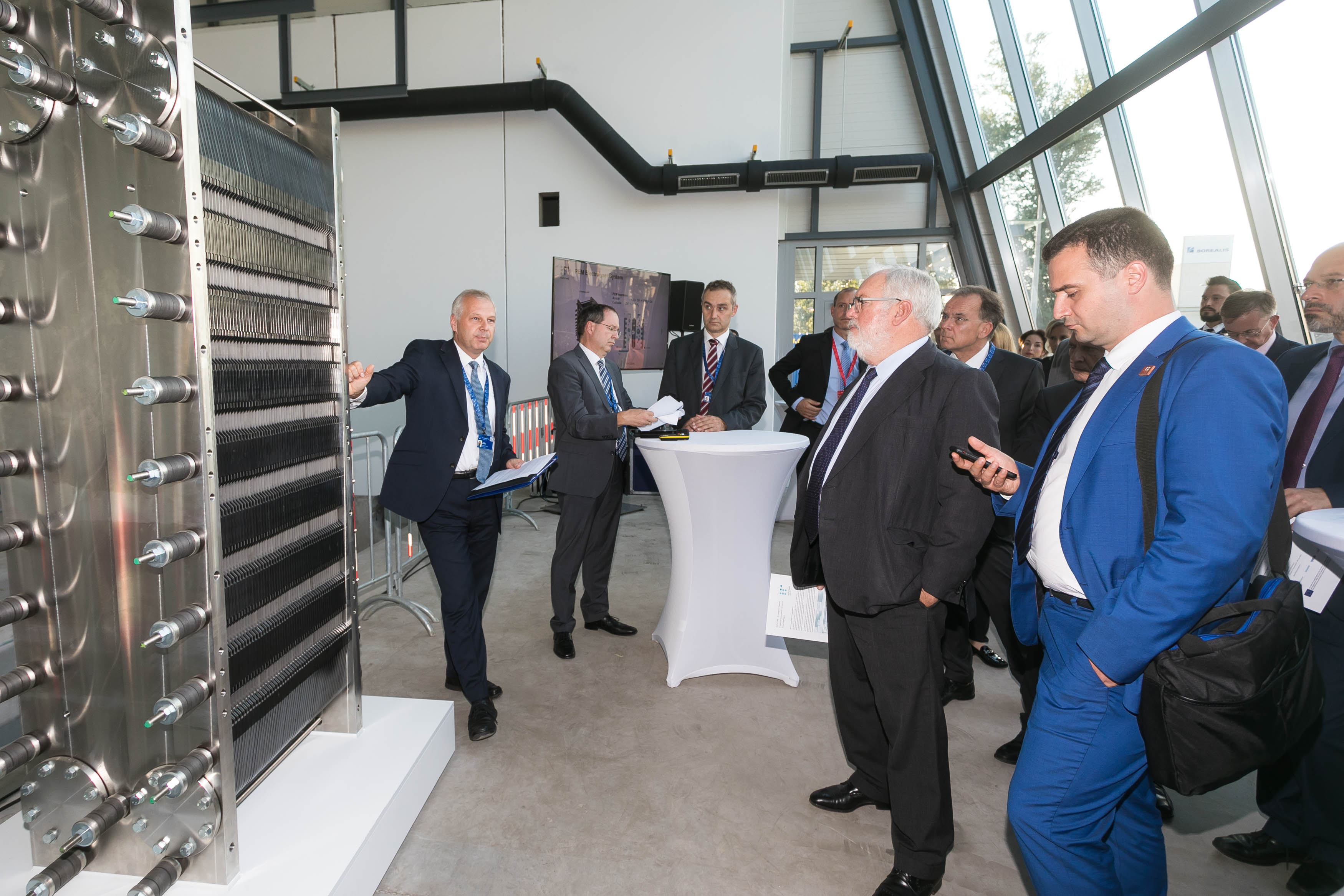 The H2FUTURE project factsheet published for the event can be downloaded here.

An EU-funded flagship project for a CO2-reduced energy future and the decarbonization of steel production is taking shape: today, at the voestalpine site in Linz, the H2FUTURE project consortium, consisting of voestalpine, Siemens, VERBUND, and Austrian Power Grid, together with the research partners K1-MET and ECN, officially gave the go-ahead for construction of the world’s largest pilot plant for the production of “green” hydrogen. With a capacity of 6 megawatts, this is the most effective and advanced plant of its type. The partners from industry and power generation will use this facility to research into future breakthrough technologies which are needed to meet global climate goals over the long-term. The plant is scheduled to be fully operational in 2019. 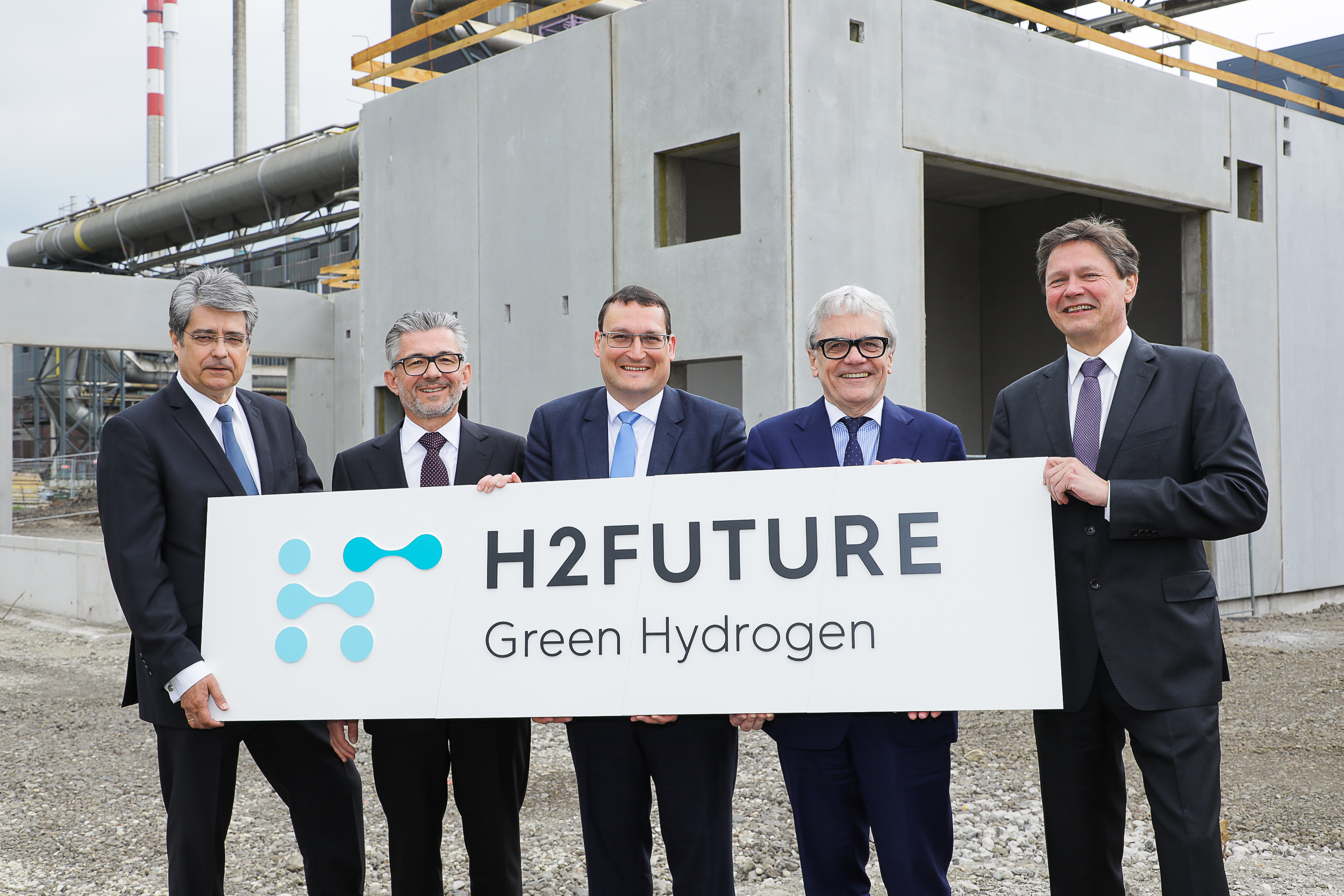 Reducing CO2 emissions by around 80 percent to 2050 is the central climate goal, and requires both energy suppliers and industry to prepare themselves and explore new pathways together. This is the role of the H2FUTURE research project. More than 600 billion cubic meters of hydrogen are used annually worldwide, more than 95 percent of which is produced via a CO2-intensive process. What will be the world’s largest and most advanced plant of its type for generating “green”, i.e. CO2-free hydrogen, will be built at the voestalpine premises in Linz. In future the EU-funded EUR 18 million project will be used to test the potential applications for green hydrogen in the various process stages of steel production, and integration into the power reserve markets for the power grid. For the industry, transport, and energy sectors, CO2-free hydrogen is an important source of energy for sector coupling and can significantly contribute to achieving the climate goals. The new plant is designed to be a technological milestone on the pathway to the energy transition, and thus to the gradual decarbonization of the steel industry.

After the launch of the project at the beginning of 2017, construction of the pilot facility at the voestalpine site in Linz has now accelerated. The foundations are in place and construction of the hall is currently underway. The core electrolysis components will be delivered during the summer, with the plant going live within a year. The start of the comprehensive two-year test program is planned to be started in 2019. “Construction of the new pilot plant for the production of CO2-free hydrogen is taking us a step further towards the long-term realization of a technology transformation in the steel industry. The goal is to research real breakthrough technologies which will be applicable on an industrial scale in the next couple of decades,” says Wolfgang Eder, Chairman of the Management Board of voestalpine AG. The vision of the technology and capital goods group is to move away from coal and coke via bridging technologies based on natural gas, as is already the case at the direct reduction plant in Texas, and finally on to the greatest possible use of green hydrogen. “The prerequisite is the provision of sufficient energy from renewable sources and at competitive prices,” adds Herbert Eibensteiner, Member of the Management Board of voestalpine AG and responsible for the Steel Division.

Heart of the plant with enormous output efficiency

“At the core of the plant beats a high-tech heart from Siemens. Using green electrons we split water into its constituent parts, hydrogen and oxygen,” explains Wolfgang Hesoun, Chairman of the Managing Board of Siemens AG Österreich (Siemens Austria). Siemens has developed what is currently the world’s largest PEM (proton exchange membrane) electrolyser module for the research facility in Linz. With a capacity of 6 megawatts, the plant will be able to produce 1,200 cubic meters of “green” hydrogen an hour. The goal is to achieve a record output efficiency of 80 percent in converting electricity into hydrogen. The hydrogen can be stored for use in a multitude of applications: as a raw material in the industry, as seen in Linz, but also as a fuel for mobility and as an energy carrier in electricity and gas supply. “Siemens’ DNA is clean energy: from generation and distribution to application. Efficient technologies are a key element in curbing climate change with its dramatic consequences,” Hesoun explains. Global demand for hydrogen will increase tenfold by 2050, to around 6 trillion cubic meters. Plants such as the one in Linz are the prerequisite for meeting this growing demand in an almost CO2-neutral manner. “The research facility in Linz is bringing the world one step closer to the goal of global decarbonization,” says Roland Busch, Member of the Managing Board of Siemens AG responsible for innovations. “Technology such as PEM electrolysis allows us to help our customers meet their climate protection obligations. Siemens is leading the way and has set itself its own specific decarbonization goals: by 2020 we will have halved the CO2 balance of our operative business, becoming climate neutral by 2030,” says Busch. 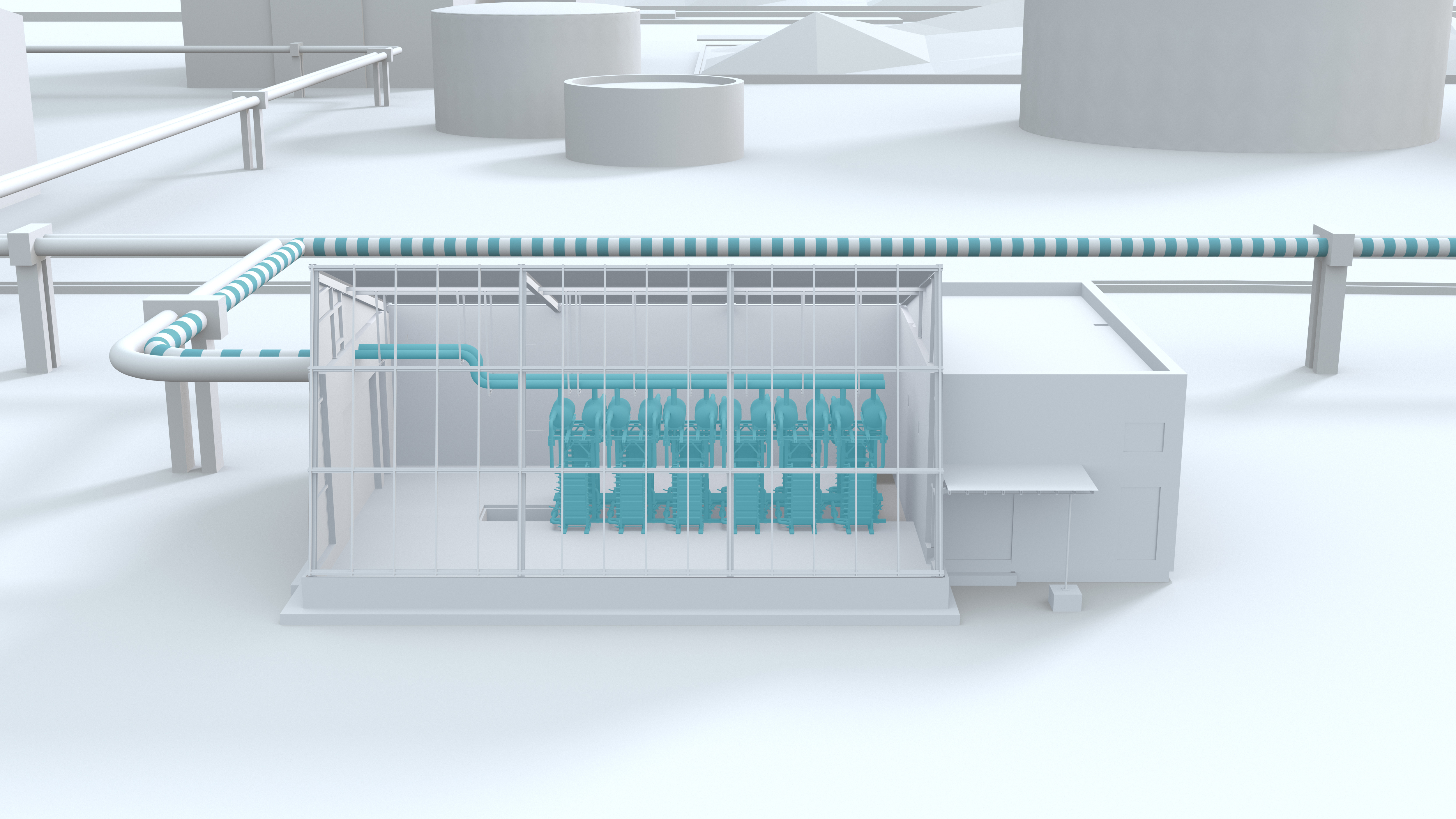 Only when water is electrolyzed using electricity from renewable sources can “green” hydrogen be produced. With its 128 hydropower plants, VERBUND, Austria’s largest electricity company and a leading European hydropower electricity producer, generates almost 100% of its electricity from renewable sources. “To integrate the volatile renewable energy from wind and solar power into the energy system, we will need even more storage capabilities in future. In addition to our pumped-storage plants in the Alps, and battery storage solutions of various dimensions, we see huge potential in energy storage with green hydrogen,” says Wolfgang Anzengruber, CEO of VERBUND. “For us, “green” hydrogen is the perfect example of the sector coupling which is urgently required for decarbonizing power generation, industry, and transport.” VERBUND will supply electricity generated from renewables for the H2FUTURE project, and is also responsible for the development of grid-relevant services. Using demand side management, the PEM electrolyser functions as a dynamic, normal load component, helping to compensate for fluctuations in an increasingly volatile power supply.

The project volume for the new plant amounts to around EUR 18 million for six consortium partners over a project period of 4.5 years. Around EUR 12 million of this is funding from the European Commission, specifically from the Fuel Cells and Hydrogen Joint Undertaking (FCH JU). “The H2FUTURE project is one of the FCH JU flagship projects financed from the EU Horizon2020 program. It demonstrates that greening large industry, such as steelmaking, is feasible and is a viable option in the near future. Moreover, this project successfully shows sector coupling. Both these aspects are vital in proving that hydrogen is an important piece of the puzzle in achieving European climate goals,” explains Bart Biebuyck, Executive director, Fuel Cells and Hydrogen Joint Undertaking (FCH JU).

In April 2017, H2FUTURE was presented at the 27th Steering Committee Meeting of the International Partnership for Hydrogen and Fuel Cells in the Economy (IPHE). Presentations are available for download from the IPHE website

H2FUTURE starts with a kick off press conference on 07th February 2017 in Vienna. The press release is available for download here. 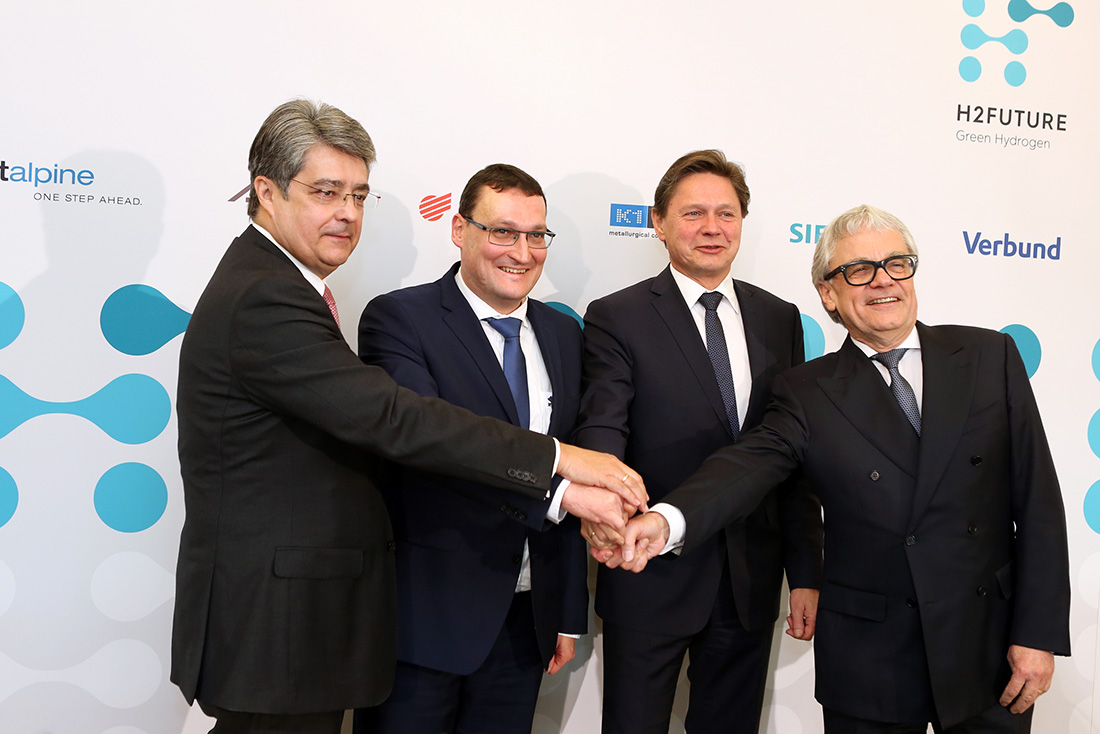 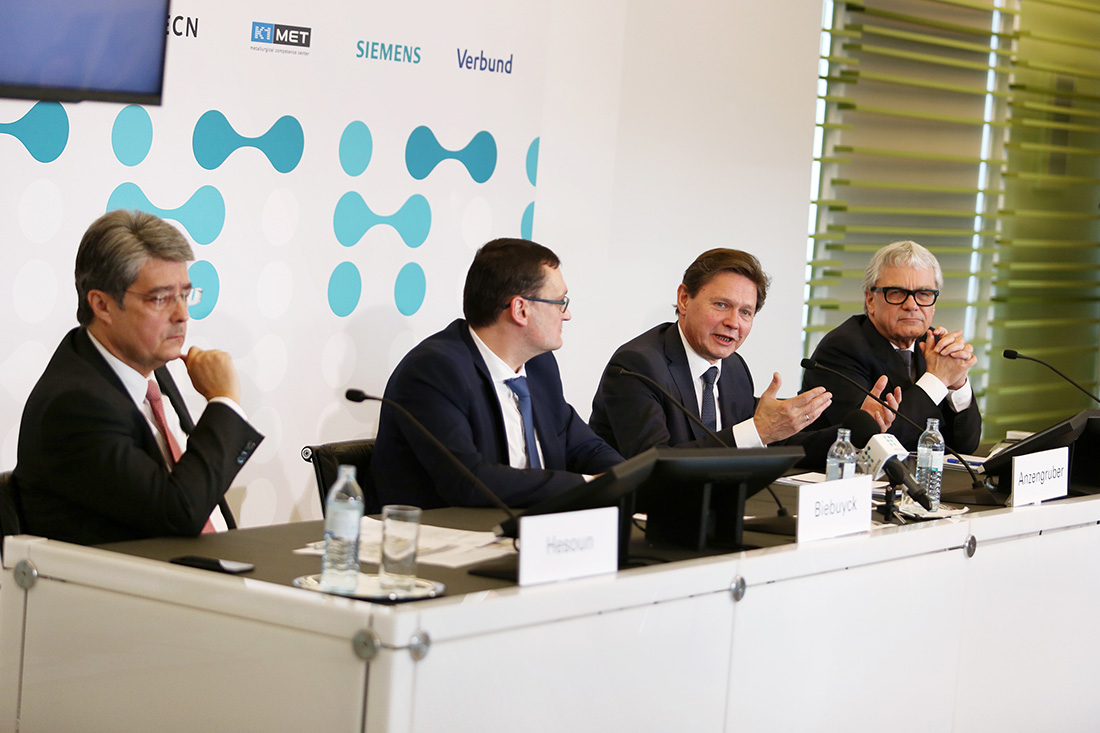